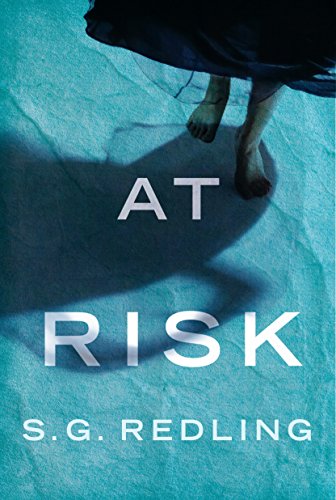 Colleen McElroy grew up wealthy and pampered, the daughter of a prominent society family in Lexington, Kentucky. But her privileged upbringing could not prepare or protect her from her cruel and abusive first husband. Although her calamitous marriage left her with physical and emotional scars that have yet to heal, they haven’t prevented her from doing her best to rebuild her life.

Charismatic Patrick McElroy has scars of his own from his traumatic childhood in the foster care system, but with his business partner, John, he has built a celebrated, state-of-the-art home for at-risk youths. When one goes missing, Colleen is plunged into a nightmare of uncertainty about the girl’s disappearance. Is she paranoid, seeing disasters where there is just bad luck, or does an unspeakable evil lurk behind the new life she’s made for herself? No longer sure of whom she can trust, Colleen will have to rely on herself to discover the truth.

It is the build-up that got me going. The book starts slow and picks up steam as I get deeper and deeper into the book. By the end, its full throttle to the climax of the book. I rarely read a book that can keep that momentum going. So bravo to the author!!!

The beginning of the story was great. It starts with Patrick, Colleen, Bix, and John at a fundraiser for Patrick and John’s project, a state of the art home for at-risk youth. I got a sense of the strange dynamics among the foursome. Colleen is newly married to Patrick and considers herself an outsider to the trio. Patrick and John met when they were children at a group home, and then they met Bix when they were teenagers in another group home.

Colleen notices that something is off with Patrick. He is being secretive and he keeps telling her that he doesn’t want her involved with what he was doing. Big red flag there. One day, Bix approaches Colleen with a phone that she cloned from John and someone texts a list of names. Colleen agrees to play detective and stumbles into something that goes beyond a cheating husband.

As for the characters, I did like Colleen the most. She started as a timid mouse of a woman, still getting over her ex-husband’s abusive ways. By the end of the book, she blossomed into this woman who wasn’t going to take crap from anyone.

I didn’t understand her friendship with Bix. It was a love/hate relationship between them, with the hate being on Bix’s part. If someone ever talked to me the way Bix talked to Colleen, I would have laid them out flat. She was an abrasive, unlikable character.

I didn’t like John either. He came across as slimy, secretive and was always drunk. He rubbed me the wrong way from the first time he appeared in the book.

Patrick was OK. He seemed to be easily influenced/pushed around by Bix and John. He keeps dismissing their behavior and the way Bix treats Colleen as leftover mannerisms from when they were in foster care.

The ending was explosive and it showcased how strong Colleen was. It showed that you never truly know a person, no matter how close you are to them.

How many stars will I give At Risk? 5

Why? This is a true mystery that keeps you guessing until the end of the book.

Why? No sex but there is mention of a forced sexual situation. Also a ton of violence and language.

One thought on “At Risk by S.G. Redling”