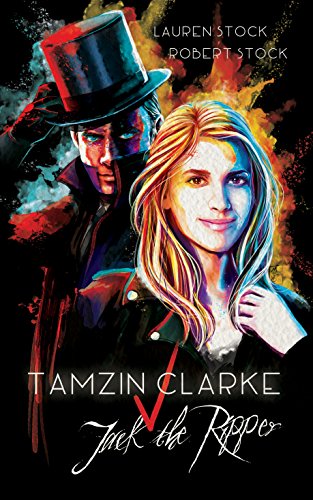 Tamzin Clarke’s life seems to be falling into place. She has Jimmy, her musician boyfriend, and a solid group of friends. She’s been taking dance class for ten years, and has been promoted to instruct a first year tumbling class. She works in her dad’s antique shop on the weekends, and is proud of her grades in school.

Then she meets Daniel, the one who makes her question everything. Who is Daniel, and why does he keep disappearing?

When her sister is murdered, Tamzin’s mom is the lead detective on the case, which soon turns into a serial killing spree. The deaths mirror the case of Jack the Ripper, but there couldn’t be a connection. Could there?

Tamzin is now on the case.

When I saw the title of this book, I almost passed it over and thought to myself “Really.” Then I read the blurb and got intrigued. Jack the Ripper, the most infamous murderer in history, being written into a YA book? Hmmmmm. Then the bad thoughts happened, mainly along the line of “this book is going to suck” and “I shouldn’t read/review this book because I know I will give it a low rating.”

I am happy to say, that not only did the book not suck but I am not giving it a low rating. This book was a great read with two storylines that are blended well together.

The book starts with Tamzin’s much older sister, Vickie, being murdered by a caped gentleman while she is undercover to catch johns.

That’s when I met Tamzin. She is devastated by her sister’s death but she has a great support system of her mother, father, boyfriend, and friends to help her through it. On her way home from dance class, where she teaches  5-6-year-olds, she meets a mysterious boy who she finds out is named Daniel.

She works for her father in his antique shop, and in her spare time, she babysits a young girl in her class. In the meanwhile, three more murders are committed by Jack Angel.

One day, after her sister’s funeral, the creepy owner of the club down the street stops in to see if her father has any new items. While he is there, the little girl who Tamzin babysits for comes in, and the creepy guy gets even creepier by sniffing them and saying that they smell good.

Later on that day, Tamzin gets a phone call from her mother saying that Maxine is missing. So what does Tamzin do, she decides to go and track down Max herself with Daniel and her friends.

I loved Tamzin. She was spunky, bright and came across as a sweetheart. But she shouldn’t have gone running off after Max. A big no but, hey, what is a heroine is supposed to do.

Daniel was an enigma for most of the book. I couldn’t figure out how he was disappearing. When Tamzin figures out who Daniel is, I was surprised.

Jimmy was alright. I can understand his jealousy when Tamzin starts spending time with Daniel.

The end of the story was great, and I loved that the author attempted to humanize Jack the Ripper.

How many stars will I give Tamzin V Jack the Ripper? 5

Why? This is a book that I would feel comfortable letting my tween daughter read. Well written and fast-paced, it takes you on a wild ride!!

Why? Very clean (no sex or foul language). There is violence but it is tastefully written.