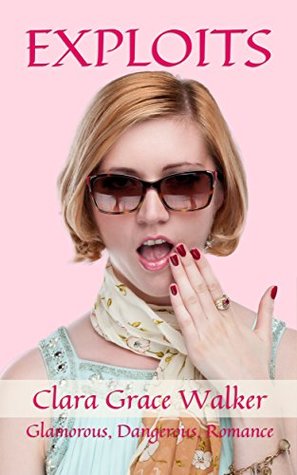 What would you do if someone left a dead body in the backseat of your car?

Publicity-shy author Sunny Drysdale is forced to find out. After bumping into celebrity impersonator Boyd Bradford at a wedding reception the night before, and seeing him leave with rival author Darla Arnold, Sunny knows exactly who to blame for his appearance in her car. She’s suffered countless dirty tricks at Darla’s hands, and Sunny is determined this one will be the last. Her plan to return the body to Darla is thwarted, however, when she is flagged down, corpse still in car, by handsome police Chief Jeremy Jennings.

How can you love someone if you can’t trust them?

Jeremy is torn by his attraction to Sunny. If life has taught him anything, it’s that relationships are a trap. Worse still, he has two main suspects in Boyd Bradford’s disappearance, and Sunny Drysdale is one of them. With counterfeit bills popping up all over town and Boyd rumored to be a mob hit, Sunny is either in way over her head, or a beautiful, but devious criminal. His head says she’s only using their romance to distract him. His heart is determined not to care. Telling himself his interest in Sunny is only about solving his case; Jeremy loses himself to the passion simmering between them.

Will these two ever be honest with one another, and give in to the desire tempting them both? Or is their romance doomed to a catastrophic end?

This book was a hot mess. I didn’t know what to expect from one chapter to the next. Usually, I can’t stand that in a book but this one it worked.

I wasn’t fond of Sunny’s character at first. She was too innocent and too much of a goody two shoes. When the missing man turned up in the back seat of her car, what does she do, she puts the body in a freezer. Seriously??? I put my Kindle down and said: “Why???“. I loved the name she came up for him, the Boydsicle. Every time I saw it, I giggled a little bit.

Sunny has some serious issues going on too. Her parents died right after telling her that they were disappointed in her and her aunt (who raised her) is pushy. But the main one, was that she was hung up on a guy took her virginity at 17 and told her that she wasn’t good enough for him to have sex with again, 9 years later. I remember thinking to myself, “Girl, you need a therapist.”

Darla was a biatch. She was the one who put the body in Sunny’s car, and she kept leaking “information” about him being missing to a reporter and she is sleeping with every guy in the book except Leo and Jeremy. Darla hates Sunny. She thinks that Sunny is better than her and she tries to outdo her in everything. I liked her and her scenes in the book (especially the ones in the shoe store and the dress shop) were hilarious.

Jeremy was OK. I didn’t have a connection with him as I did with Sunny and Darla. I liked his plan for getting info out of Sunny about Boyd’s whereabouts. He was going to sleep with her. Good police work, Chief (oh yeah, he’s a police chief).

There were sparks between him and Sunny but to begin a relationship off of lies is not good. The sex scenes were fantastic!!

There are so many other characters in this book that if I wrote about each of them, this blog would be long and tedious, so I decided to highlight the main three above. This book read exactly like a soap opera. I was seriously expecting to see the words “Yesterday on Exploits” pop up in between chapters with a recap.

The ending was somewhat confusing, but the storylines (I think 4??) were brought together and resolved in a way that left me satisfied.

How many stars will I give Exploits? 4

Why? A well-written romance. There is a lot going on in the book, though, and keeping the characters straight and their relationships to other characters were confusing. Other than that, it was a great read.

Why? Sex, drug use, and violence