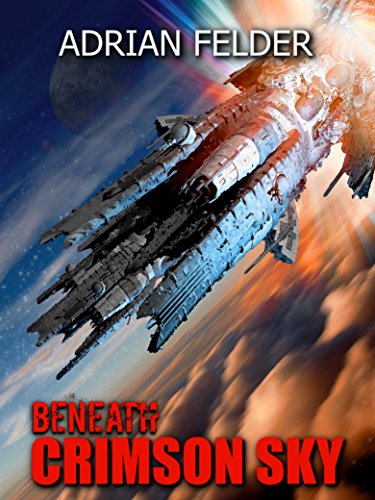 The Peacekeepers believe that there is only Good and Evil in the Galaxy,

But for David Carpenter, morality is not about absolutes. His true path lies somewhere in the shadows.

The planet of Prospect was once a bastion of hope and prosperity for humanity. It’s wealth and promise drew the powers of Earth to it like moths to a flame. Centuries later, after endless exploitation and war, Prospect has devolved into a run down and neglected corner of the galaxy. A corner of the galaxy that veteran smuggler David Carpenter is very familiar with. But after accepting a contract from the notorious Windham Corporation, he finds himself in over his head. Trapped between warring criminal and government factions in some of the most unforgiving environments known to man, he discovers a terrifying truth that could change the future of humanity forever. Now David must navigate a labyrinth of lies, deceit, and villainy if he hopes to save his own life, let alone the dystopian world he calls home.

Immerse yourself in the Epic where the fate of the galaxy hangs in the balance.

It has been a while since I have read a good science fiction book. Beneath Crimson Sky is one of those books and I enjoyed reading it.

David Carpenter is a smuggler who has taken on a huge assignment with his partner. They are heading to a planet called Prospect to meet up with the Windham Corporation about a job.

I loved David’s (or Carp) character. He was loyal and he would do anything to make sure that he got the job done. His relationship with Alana was complex but the author did do the right thing by not making them have a relationship. Later on, when he teamed up with Letsego and the Peacekeepers, his military training and moral compass are showcased.

I was less thrilled with Lesego’s character. He was strong-armed into following Carp and Alana by his captain. He made the job personal after a member of his team was killed and another one was blinded. But he did redeem himself when he helped Carp on the raider’s space station and then again at Windham’s dig site.

The amount of violence in the book put me off in the beginning. Once I started reading and got into the story, I saw how the violence was essential to the plot.

The ending/epilogue was perfect. There was a twist that I didn’t see coming and I was blown away by it. Not giving anything away but it was perfect!!!!

How many stars will I give Dusk to Dust? 4

Why? Like I said when I started this review, I enjoyed the book. There was a ton of action and the ending was perfect!!!

Why? While no sex (clean in that sense), there is graphic violence and language. Also a scene of torture (pulling off of fingernails….shudder).

One thought on “Beneath Crimson Sky by Adrian Felder”