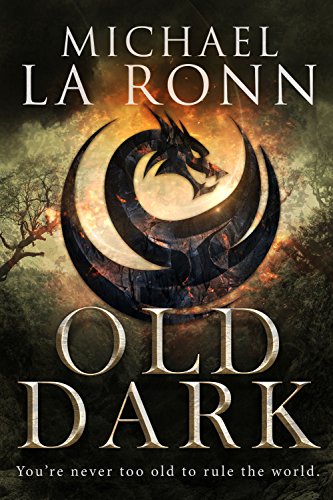 He’s a supreme dragon lord at the height of his power, but there’s a conspiracy brewing.

Old Dark is a viperous dragon lord who rules the world with brute force. For two hundred years, he and his dragons have terrorized humanity, forcing it to pay tribute or die.

Dark’s palace of blood and bone sits on caverns of treasure. He’s stockpiled all the world’s magic for his own personal use, making him akin to a god.

There is another dragon in Dark’s inner circle who wants Dark’s power and fortune for himself. And if Dark doesn’t stop his own overthrow, he’ll suffer a fate far worse than death.

But Dark won’t fall easily. There’s a reason the ancients called him Dark the Wicked…

Old Dark is a different kind of dark fantasy, told through the eyes of a blood-thirsty dragon. Readers who like antiheroes, the Age of Fire series, and Smaug from Lord of the Rings will love this heart-pounding story of power, revenge, and true evil.

This book was good.

Told from the viewpoint of Old Dark, it embraced how society perceives dragons and runs with it. Greedy, vicious leaders who won’t hesitate to destroy a village to make a point. Loved it!! Not too often that you read a book that 100% supports the bad guy.

What I loved is that the author refused to kill Old Dark. Instead, he had him cursed in an attack. That curse went wrong and he fell asleep for 1,000 years. While he was asleep, humans, elves and dragons were coexisting rather peacefully. Dragons were no longer feared and they worked with humans. Elves can use magic and magic defines their whole society. Human and elves can marry and have children. There was a downside. Magic was being drained from wells faster than it could replenish itself.

This is where Miri Charmwell and Lucan Grimoire were introduced. Miri is a professor in the Department of Magical Sciences. He is running for governor. They get thrown together when he discovers a dragon tomb in the middle of the Ancestral Bogs. He needs her to help him discover whose tomb it was.

I didn’t care for Lucan or Miri’s characters at all, at first. Miri grew on me. Lucan comes across as a jerk and the author did nothing to dissuade from that impression.

I loved the latter part of the book. Not going to give anything away but it was great. The ending was perfect. I can’t wait to read the next book!!

How many stars will I give Old Dark? 4

Why? Loved the story. Like I said above, it was delicious and a breath of fresh air. Miri’s character was a little naive and Lucan’s character was a bastard. The only thing I didn’t like was that it was a cliffhanger (as you all know, I hate them).

Why? Some sexual situations, lots of violence but nothing too gory