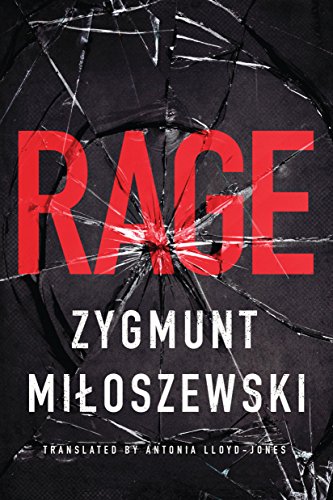 All eyes are on famous prosecutor Teodor Szacki when he investigates a skeleton discovered at a construction site in the idyllic Polish city of Olsztyn. Old bones come as no shock to anyone in this part of Poland, but it turns out these remains are fresh, the flesh chemically removed.

Szacki questions the dead man’s wife, only to be left with a suspicion she’s hiding something. Then another victim surfaces—a violent husband, alive but maimed—giving rise to a theory: someone’s targeting domestic abusers. And as new clues bring the murderer closer to those Szacki holds dear, he begins to understand the terrible rage that drives people to murder.

From acclaimed Polish crime writer Zygmunt Miloszewski comes a gritty, atmospheric page-turner that poses the question, what drives a sane man to kill?

What drives a sane man to kill? That question could be answered by looking at today’s headlines. “She cut me off“, “He cheated on me“, “She grabbed the last pair of socks in the discount bin” as a few examples. I mean we have all heard them. What the author did is backtrack from the murder and examined the circumstances.

Seeing that this is the 3rd book in a series, it could very well be a standalone book. There were a few references to past books but other than that, this book was its own animal.

I did not like Helena (Hela’s) or Teodor’s characters. Hela came across as a spoiled brat and Teodor came across as a cold, very unfeeling person. When he was comforting people, there was this edge to him and it made me uncomfortable.

The plot was fantastic and it was fast paced. The two storylines meet up towards the end of the book. The way that the author did it was great!!! I couldn’t put my finger on the murderer/vigilante. It could have been anyone. The big twist at the end was a surprise.

How many stars will I give Rage? 4

Why? While a very gritty, very fast paced mystery, I felt that the author kept the identity of the murderer/vigilante under wraps for too long. Other than that, it was a great read!!

One thought on “Rage by Zygmunt Miloszewski”