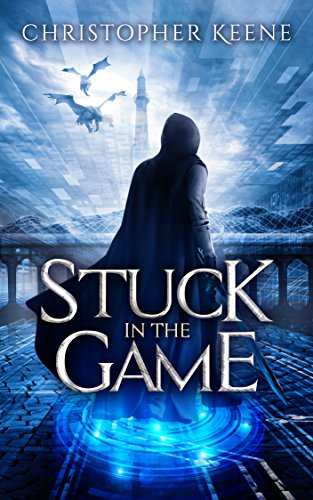 After a terrible car crash puts seventeen-year-old Noah Newbolt into a coma, he is hooked up to the innovative Dream Engine—a virtual reality helmet that immerses the player in an online fantasy game. The Dream Engine keeps Noah’s mind alive while doctors frantically work to heal his body, but his death in the game could result in irreversible brain damage.

While Noah learns to navigate the Dream Game, his girlfriend, Sue, suffers injuries from the same crash. Then the doctors’ attempts to connect her to the game result in her apparent death. When a mysterious avatar drops notes suggesting the last remnants of Sue’s consciousness are being held prisoner in the most dangerous part of the game, Noah takes it upon himself to rescue her.

He allies himself with a group of high-level players to help him in his quest, but his rise through the ranks earns him a bounty. With top players across the world gunning for Noah, can he stay alive–and awake–long enough to save Sue and escape the game?

This book was great!! As a long time gamer, I loved that the author picked an MMORPG game to set this story in. Call me a huge nerd but I liked that he did that.

I did feel for Noah. He is stuck in Dream Engine while in a coma after being in a car crash with his girlfriend, Sue.

When Noah awakens in Dream Engine, he was confused. Wouldn’t you be if you were awakened in an online, virtual reality game? When his mom gets in contact with him and explains what happened, he sucked it up. His parents hired one of Wona’s employees to “protect” him. Also to help him level up while he was being brought back to health in real life.

I had to laugh when I started reading the areas Noah was going to quest/level up/grind. Reminded me of the different areas of WoW. Duskshire was the main one. I got the giggles when Noah was hunting spiders for silk to make a robe. Been there, done that. The other areas reminded me of: Kalimdor, Northrend, Pandaria, and Booty Bay.

The elitist attitudes portrayed in this book was hilarious and very on point. The views that Noah’s friends have when they realized that he was being run through dungeons. If you have ever sat in trade chat, then you know what I am talking about.

There is a huge twist in the story that did take my breath away. Not giving too much away because you need to read the book, but I cried and then got mad.

This book ended with one of my biggest pet peeves, a cliffhanger. I hate them with a passion but it did grab my attention and make me wish that book 2 was there. I want to find out what happens to Noah after he wakes up and if things get resolved!!!

How many stars will I give Stuck in the Game? 4

Why? This was a thoroughly enjoyable book that amused me to no end. The characters were likable and the plot was engaging. The only complaint that I had was that it ended in a cliffhanger.

Why? Very clean. No sex, violence is not graphic and there is no bad language

3 thoughts on “Stuck in the Game (Dream State Saga: Book 1) by Christopher Keene”