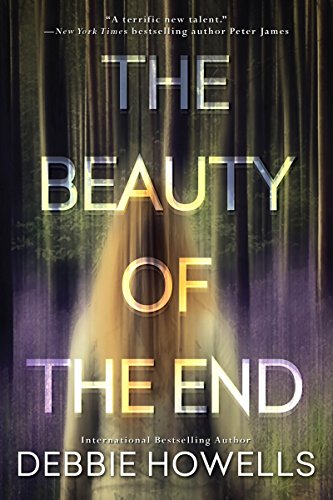 From the acclaimed author of The Bones of You comes a haunting and heartbreaking new psychological thriller about a man thrust into the middle of a murder investigation, forced to confront the secrets of his ex-lover’s past.

So begins the testimony of Noah Calaway, an ex-lawyer with a sideline in armchair criminal psychology. Now living an aimless life in an inherited cottage in the English countryside, Noah is haunted by the memory of the beguiling young woman who left him at the altar sixteen years earlier. Then one day he receives a troubling phone call. April, the woman he once loved, lies in a coma, the victim of an apparent overdose–and the lead suspect in a brutal murder. Deep in his bones, Noah believes that April is innocent. Then again, he also believed they would spend the rest of their lives together.

While Noah searches for evidence that will clear April’s name, a teenager named Ella begins to sift through the secrets of her own painful family history. The same age as April was when Noah first met her, Ella harbors a revelation that could be the key to solving the murder. As the two stories converge, there are shocking consequences when at last, the truth emerges.

Or so everyone believes. . .

Set in a borderland where the past casts its shadow on the present, with a time-shifting narrative that will mesmerize and surprise, The Beauty of the End is both a masterpiece of suspense and a powerful rumination on lost love.

I tried to get into this book and like it. I couldn’t get past Noah’s obsession with April. It was creepy and at some points, smothering. Everyone around him could see that but him. When she ends their relationship, it breaks him and he is never in the same.

The book starts when Noah gets a call from his childhood friend about April. She overdosed but not before killing her stepfather. He rushes to her bedside and then begins to investigate the mystery about what happened.

This is when I met Ella, a troubled 15-year-old who is in therapy. She has a terrible secret that she found while snooping through her father’s desk.

This is also where the book started jumping around. It would go from present to when Noah first met April to present to when they were living together. Then add in Ella’s story (which was in italics), and it got very confusing.

The suspense part of the book was well written. The author threw red herrings but when it came down to revealing the truth, I was shocked. It wasn’t even close to what I thought or what the author led me to believe.

The ending did seem a little rushed and it left me feeling that there should have been something more. I didn’t like how April was portrayed at the end. It went against everything that we were told during the story. But, in a way, it made sense.

How many stars will I give The Beauty of the End? 3 stars

Why? It was well written but the book jumped around too much. Plus, there were too many twists at the end of the book and it left me going “Eh”.

Why? Sex scenes (but the author doesn’t get really into them) and some minor violence.