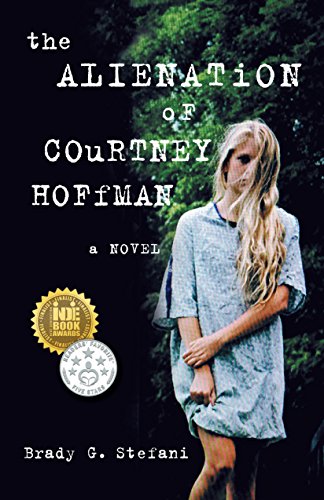 Where the book can be found: Amazon | Barnes and Noble

Fifteen-year-old Courtney wants to be normal like her friends. But there’s something frighteningly different about her—and it’s not just the mysterious tattoo her conspiracy-obsessed grandfather marked her with when she was a child. The last thing Courtney wants to do is end up crazy and dead like her grandfather—but what about the tattoo? And the alien scouts who visit Courtney in her bedroom at night, claiming to have shared an alliance with her grandfather?

With her new friend Agatha’s apocalyptic visions, Courtney begins connecting the dots between the past, present, and future—of her bloodline, and the ancient history that surrounds it. So is she going mentally insane, like her family claimed her grandfather did, or is she actually a “chosen one” with ancestral connections to another world? Either way, Courtney has a mission: untangle her past, discover the truth, and stop the apocalypse before anyone from school finds out she’s missing.

This book was fantastic. The book starts with Courtney as she is running through her backyard. She is trying to get away from alien visitors and her own memories of her beloved grandfather.

I felt bad for Courtney. Her mother was a grade A bitch. There were some points in the book where I wanted to reach through the pages and take Courtney away. She was in competition for Mommy Dearest. The best thing that happened to Courtney was when she was sent to live with her father. He was more accepting of her.

The story got going once Courtney met Agatha. Once Agatha came into the picture the ball got rolling. Everything Courtney remembers wasn’t the truth. The truth was so much more than what I expected.

The ending was great. There was a couple of twists that I saw coming from a mile away and that I went eh at.The biggest one was saved for the end. I was disappointed that events were forgotten by everyone except Agatha and Courtney. It made me want to scream. I did like that the author left it open for a possible sequel (Jorge and his blue eyes….swoon)

How many stars will I give The Alienation of Courtney Hoffman? 4

Why? It is a very well written book that combines young adult and science fiction seamlessly. You were taken for an intense ride that will make you question Courtney’s sanity from page one until about the middle of the book.

Why? No sex, minimal violence.