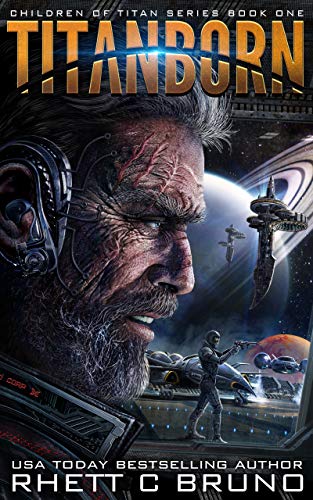 Offworlders are only worth the price on their heads.

After three decades as a Pervenio Corporation Collector, chasing wanted offworlders and extinguishing protests throughout the solar system, Malcolm Graves doesn’t bother asking questions. So long as the pay is right, he’s the man for the job. But his latest assignment doesn’t afford him that luxury.

A high-profile bombing on Earth has the men who sign Malcolm’s paychecks clamoring for answers. They force him to team up with a strange, augmented partner who’s more interested in statistics than instinct, and ship them both off to Titan to hunt down a suspected group of extremists: Titanborn rebels who will go to any length to free their home from the tyranny of Earth’s corporations.

Heading into hostile territory, Malcolm will have to use everything he’s learned to stay alive. But he soon realizes the situation on the ground is much more complex than he anticipated…and much more personal.

Science fiction is one of my favorite type of books to read .I love reading about space exploration, different colonies, and the different races/species. I can thank my grandfather for influencing me in my love of sci-fi. He loved Star Trek and would watch the series and the movies all the time. He would encourage myself and my 2 brothers to come and watch with him. He was always finding sci-fi books, reading them, and then giving them to me to read. It would be safe to say that my Papa would have loved this book.

This book is great from the opening scene to the very surprising ending. The back story is great too. Earth was decimated by an extinction level meteor and lost about 99.9% of its population. Before the meteor his, people were shipped off-world to one of the moons of Saturn. Then Earth lost contact with them. By the time the people of Earth got in contact with them again, 2-3 centuries had gone by. The descendants of those colonists had adapted to the climate of Titan. Earth has an interest in harvesting Saturn’s rings. They are terraforming/populating Titan. Which is pissing off the locals.

I liked the characters too. They were very flawed. Malcolm Graves is a workaholic/alcoholic who drove away his only daughter with his work. Zhaff was part of a top-secret research facility experiment called The Cognet. He is more like a human computer (has no emotions). There is an explanation later on in the book that made me go “Ahhhhh, now I understand“.

3 things I liked about Titanborn:

3 things I disliked about Titanborn

How many stars will I give Titanborn? 3.5

Why? While I thought it was a very gritty science fiction book, I felt that the way the book ended was weird. I couldn’t tell if the author was setting up for a new book or what. I also wish that the author got more into the storyline of The Children of Titan. They really interested me to the point where I was frustrated when the book ended.

Why? Extreme violence and the ending (read the book!!)