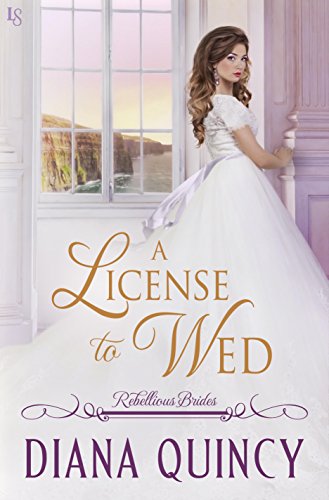 Lady Elinor Dunsmore made the mistake of falling for her older brother’s best friend, who vanished after a night of unbridled passion. Six years and a lifetime later, their eyes meet across a Paris salon. Her friends and family believe she’s dead, but Elle is very much alive. She’s now associated with a ruthless general, who wants her to seduce the man who broke her heart in order to learn his deepest secrets. Is Will a mild-mannered scholar—or the notorious agent they call The Razor?

The bastard son of an earl and an actress, Will Naismith always knew he was an unsuitable match for Elle Dunsmore, no matter how powerfully he ached for her. And yet he almost allowed his desires to spoil her glittering future. After the agony caused by Elle’s supposed death, Will has devoted himself to the Crown, but his entire life has been leading up to this unexpected reunion. As much as he still wants her, though, he must not succumb to lust once again. For his mission is delicate—and Elle is delectably dangerous.

I liked this book, even if it was a little “eh” for me. When I say “eh”, it isn’t a bad thing but some scenes made me roll my eyes. One of those scenes was with Elle’s maid, Sophie. She was a little too uppity for a maid (which makes me that there is a story there into itself) for the era. And for some reason, it drove me crazy.

The story between Elle and Will was great. The sexual tension came across my Kindle and was built up. When they finally did the deed (I will NEVER look at hip tubs the same way again it was intense. So intense that I needed to put down my Kindle and fan myself a few times.

The storyline was pretty good too. Taking place in the early 1800’s French society, it described French society to a “T“. From the dress styles to the language to the laws about “bastard children“, it made for a fantastic read.

I couldn’t stand Elle. She rubbed me the wrong way and was too compliant with General Durant. She fought Will every single step of the way and refused to listen to him. There were some scenes where I wanted to reach through the pages and smack her.

3 Things I liked about A License to Wed:

3 Things I disliked about A License to Wed:

How many stars will I give A License to Wed? 3

Why? It was a very well researched, very steamy historical romance. I just couldn’t get past my dislike of Elle. Like I said above, she rubbed me the wrong way.

Why? There are quite a few sexual situations that are very descriptive and some minor violence.