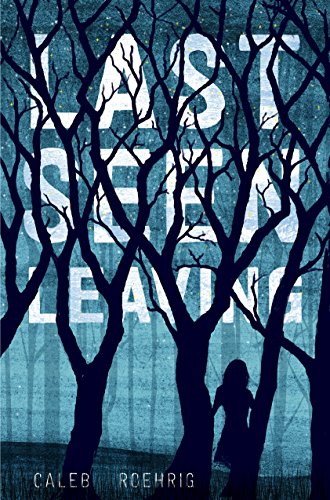 Flynn’s girlfriend, January, is missing. All eyes are on Flynn—he must know something. After all, he was—is—her boyfriend. They were together the night before she disappeared.

All I have to say about this book is (and I am stealing this from the great George Takei)… “Oh My“. I read this book within 1 day. From the first chapter, where I met Flynn and January, it gets its hooks into me and didn’t let go. I mean, I stayed up late to finish this book and I never do that.

I was irritated with Flynn during the first half of the book. He wasn’t exactly forthcoming with the police about January’s state of mind the last time he saw her. He acted like your typical teenager….gasp. But he started to grow on me by the 3rd chapter. By the middle of the book, I was gasping in surprise over what was being revealed about him and January.

While we are on the subject of January, I felt bad for her and then irritated with her. She lived in a dysfunctional household. Her mother, who used to be her best friend, is no longer emotionally available. Her stepfather is concerned with how her disappearance will look on his campaign run. And her stepbrother was a spoiled creep who gave me the creeps in his scenes. No wonder she lied about everything to everyone including Flynn. She made him out to be a bad guy to everyone. I felt bad for him.

I thought I had this book figured out and then there was a huge twist that came up and stirred everything up. Settled back down and bam, I was hit with another twist, just as big. I didn’t see either of these coming and they both took the breath out of me (love it when a book does that).

How many stars will I give Last Seen Leaving? 4

Why? It was a gripping whodunit interwoven with a touching coming of age story. The characters were very believable and they jumped off the page and into your mind with every page read. There was almost no lag in the plot and the twists in the plot made the story.

Would I reread it? Yes

Why? There are some mild sexual situations, some strong language, and some mild violence. Oh and a teacher that just exudes bad vibes and a stepbrother who is super creepy.