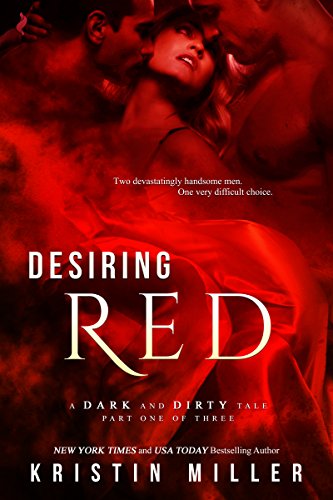 I’m indecisive when it comes to my shoes. Choosing a werewolf mate who’ll be with me until I croak? Pardon me while I take some time to think on it. But a steamy encounter before the final ceremony changes everything.

Reaper, the Omega’s eldest grandson, is fiercely loyal, scorching hot, and built for pleasure. He brings down my defenses, and before I know what’s happening, I succumb to the heat in his touch and the skill of his mouth. I’ve only just met him, but I need him like no other.

As part of my pack duties, I must parade in front of the Alpha, who has first choice of the pre-shifters. Rumors of his dark desires run deep, and I’ve always been intrigued. But the forbidden passion blazing between Reaper and me is too primal to deny. By pack law, Reaper can’t have me until the Alpha makes his choice…but Reaper’s never been one to follow the rules.

3 Things I liked about Desiring Red:

3 Things I disliked about Desiring Red:

How many stars will I give Desiring Red? 2.5

Why? While it did captivate me and definitely kept my attention with the paranormal aspect, the erotica just didn’t do it for me. There was just something lacking there. Don’t get me wrong, Ivy and Reaper (and Ivy and Lukas) did have chemistry….but the sex scenes fell flat. It’s weird that I can’t properly explain it.

Will I reread? Probably not

Other books in the series: