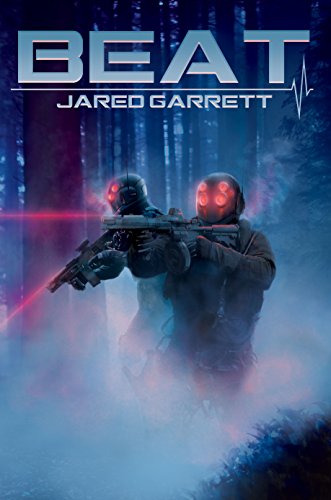 Humanity nearly went extinct 100 years ago. Now, if your heartbeat goes over 140, you die.

At least, that’s what the New Chapter preaches. But Nik Granjer knows they’re lying about the Bug. Sure, it was the Bug that wiped out more than ninety percent of humanity a hundred years ago, but that’s ancient history.

The Bug has to be gone by now.

Except everyone thinks that the Bug still kills anyone whose heart rate goes over 140 beats per minutes. Which is why the Prime Administrator gave citizens the Papas: digital wrist monitors that knock people out when their heart rate gets too high. The Papas saved the last of humanity.

But one night after curfew, on the border of New Frisko, Nik tampers with his Papa with terrible consequences. And when a brutal, high-tech enforcement squad from the city shows up, Nik goes on the run.

Outcast and desperate for allies, Nik’s only hope is to unearth the truth about the Prime Administrator and the origin of the Bug. And stay alive in the process. If he fails, he could be the only witness to the final extinction of humanity.

This was a great book. A combination of sci-fi/dystopia/YA, it had enough action in it to keep you reading. You didn’t know what was going to happen from chapter to chapter and it did make my heart rate go up with the action.

Then you meet Nik Granjer and his friends. They like to “Push” their heart rates to the limit because, well they are 15/16 years old and kids that age like to push limits and buck the system. Nik has also figured out how to bypass getting his nightly Knockout from his Papa.

I will say that I enjoyed Nik’s character. I was once a 15/16-year-old who liked to push limits and he came off to me as realistic.

I also enjoyed the alternative spellings (Nik, Tek, Pol….etc). It added the right flair of different to the book and kept my attention!!

I will say that there is a huge twist that I didn’t see coming. Like 100% huge and I was taken aback by it (like Nik was) and a little shocked. Actually, a lot shocked.

The story itself was fascinating and very well written. If I had to picture a dystopian society, New Frisko would be it. Oh, and it takes me a minute to realize what city it was supposed to be.

How many stars would I give Beat? 5

Age range? Teen on up.

One thought on “Beat (The Beat: Book 1) by Jared Garrett”