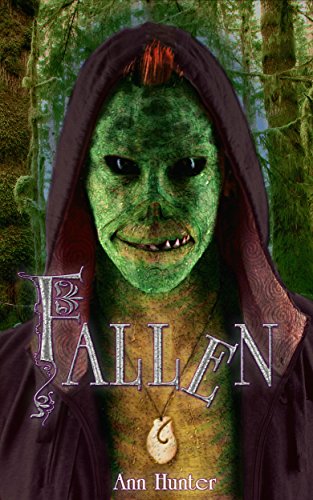 Where you can find Fallen: Amazon

“”Once upon a time, I fell in love. Madly, deeply. With my whole being. I’d do anything for the girl who robbed me of my heart.
I tried to save her…
But Darkness came. The ban sidhe, Crwys, death herself, wants me for her own. She thinks I am someone from her past, and she will not rest until I submit.
I have secrets. Some I can barely live with myself for, and every night I dream of two women. One I cannot save, the other I cannot escape….”
–Prince Sylas of Killeagh

One prince. One mistake. One… chicken?

A twisted retelling of the fairy tale, The Frog Prince, featuring your favorite villain from The Subtle Beauty & Moonlight, Sylas Mortas.

What would YOU do for love?

17-year-old Prince Sylas of Killeagh wants what every one else wants: control over his own life. When he tries to run away from home and escape an arranged marriage, the last thing he expects is to fall in love with a robber in the woods. Hiding behind a mask, the robber girl seems to lead a life of freedom Sylas has only dreamed of. Their adventure comes to an end when the Castle Killeagh guards hunt Sylas down and he’s forced to return home. He convinces his parents to allow him to find the girl again and consider her as a candidate for marriage, but he only has until the next full moon to find her, or all bets are off.

Death has a name, and it is Crwys. As a ban sidhe, her job is to visit the great houses of The Summer Isle and keen out the living to prepare them for death. King Sionnach has far outlived his days and it is time he cross to the Unliving World. When she arrives, a young prince named Sylas intervenes and offers to go in his grandfather’s stead. This break with tradition, and selfless sacrifice, move Crwys into loving Sylas, who looks so much like a shadow from her past. But when he crosses her to be with his true love, he invokes the wrath of a woman scorned.

Rós is just a little, aura-seeing, red hen whose master believes she is chosen by the gods. Her arrival at King Sionnach’s court is insignificant to Sylas at the time, but their destinies are interwoven. Can she help Sylas save himself from the curse Crwys has planned for him? Or will he become a fallen frog prince?

In this unexpected love story, Happily Ever After may not always begin with Once Upon a Time.

**THIS BOOK CONTAINS SOME MATURE SCENES NOT SUITABLE FOR ALL READERS.**

As stated in the synopsis, this book is a fantastic retelling of The Frog Prince and what a retelling it is. The author did something that I have rarely seen while reading books. She took a villain and told HIS side of the story. And guess what, he really wasn’t as bad as he was made out to be in the other books!!!

I loved Sylas Mortas’s story and what made me love it is that it had Ros in it. Ros had her own story in A Piece of Sky, where she carried a magical acorn to safety. When I saw that she made a reappearance (and was a major factor) in this book, I was excited. I loved her character in that book and her character didn’t disappoint in this book either.

The story was awesome too. The story is told of a prince who made the ultimate sacrifice, three times, for the people he loves.

I did feel bad for Crwys at points in the book. All she wanted was to be loved and by trying to force Sylas to love her, she made an enemy.

Would I recommend this book to family and friends? Yes

Age range? Because of some mature scenes, I would say mid-late teen on up.