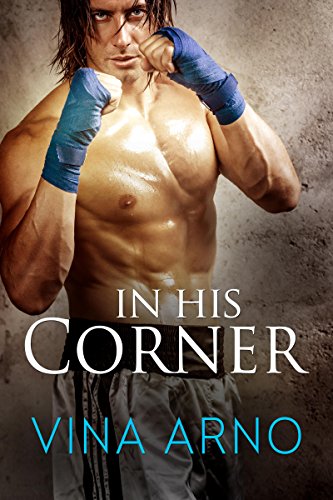 Where to find In His Corner: Amazon

No sex for almost a year could kill a guy, but when you’re the boxer known as the Juggernaut, it’s the price you pay for turning pro. Tommy’s fully dedicated to his craft, until he meets the incredibly gorgeous Dr. Siena Carr. Now he’s looking forward to taking on this prim and proper lady in a wet and wild work-out…

Siena has seen many patients come through the ER, but none as sexy as Tommy Raines. With a nasty cut over his eye, she knows he needs stitches, but after he takes off his shirt, she needs some air. With rock-hard abs and taut biceps, it’s clear this man takes care of his body. And all Siena can think about is letting him take care of hers…

This book was a knock out!!!

From the first chapter when Siena meets Tommy you could feel the attraction coming off the page. The author kept it going for the entire book. There were some parts where I had to put the book down and get a cold bottle of water (my version of a cold shower). It was that good.

I didn’t like how Siena was portrayed at first. She was very snobby and standoffish to Tommy, even though she was attracted to him. It turned me off to her character until a crucial scene in the middle of the book and then she redeemed herself.

I get what the author was going for: opposites attract. But these opposites were almost too much and it almost, stress almost, derailed the story.

The other lesson that was imparted here was that you can’t change people, no matter how hard you try. Because love isn’t like that and unfortunately, Siena had to learn that the very, very, very hard way.

I would love to know if there will be more to this series? Because I want to see where Tommy goes with his career and I want to know where they end up. Marriage, kids????

Will I read this again? Yes

Will I recommend this to family and friends? Yes but with a warning on how graphic the sex is (it’s pretty graphic)

Age range: Adult. Because of the sex scenes.

2 thoughts on “In His Corner by Vina Arno”