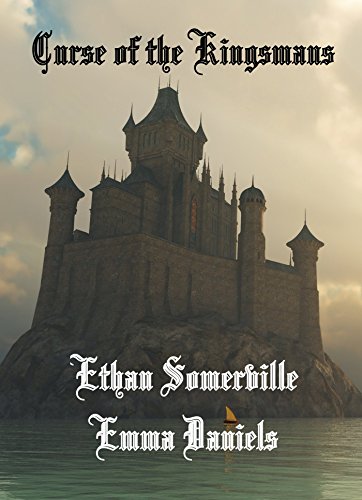 Where you can find Curse of the Kingsmans: Amazon

Eighteen year old Beth Darney is spending her first season in Restoration London. She wants to see the sights of the great city, but her parents hope she will ensnare a rich nobleman for a husband.

On an outing to Newgate market with her cousins, she becomes separated from them and is lured into an alley by a gang of ruffians. She is saved by a tall, gallant stranger who escorts her safely home. Handsome, heroic and aristocratic, Henry Kingsman seems the ideal match for her.

But then she learns that Henry is in fact the Fourth Earl of Berwick, a notorious rake from a dark and dissolute family. He is rumoured to deal with smugglers, and his ancestry riddled with incest, insanity and murder. Beth’s father forbids her from seeing him again.

However, Beth refuses to believe that Henry is as bad as his forebears, and starts seeing him in secret. When her father finds out he gives her such a beating, that she feels her only choice is to elope with Henry to his forbidding castle in Northumberland – the same bleak fortress where his family committed their loathsome deeds…

If you like Gothic romance, this is the book for you.

The beginning was great, and I do have to say, Beth was very progressive for that time. She met with a man, who wasn’t a family member, several times. She spoke her mind, got beaten by her father and still spoke her mind after that. LOVE HER. She wasn’t afraid to go with Henry after everything she heard about his family. If anything, that made her want to be with him more. There should be more female heroines like her.

Henry had an awful past that left scars. I mean, if my father killed my younger siblings, best friend and then himself, I would be traumatized too. Didn’t help that his mother went somewhat mental and locked herself in a tower for years. That is something hard to overcome and deal with.

The antagonists of the story didn’t come as a surprise to me. I had figured out the man after the first time he was mentioned. I didn’t figure out the woman until almost the same time that Beth and Henry did.

I will read this story again. I loved it!!