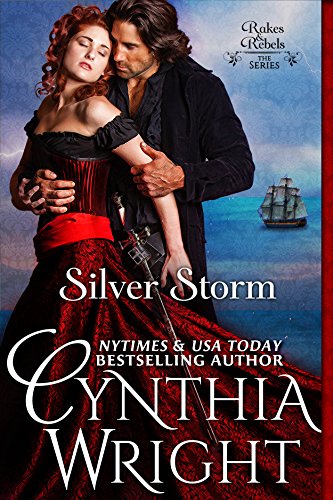 Where you can find Silver Storm: Amazon

Dashing and untamable, André Raveneau is the Revolutionary War’s most reckless privateer captain when Devon Lindsay stows away aboard his ship after her Connecticut town has been burned by the British. Raveneau cynically agrees to deliver her to her childhood sweetheart in Virginia but doesn’t count on his own potent attraction to the enchanting, courageous Devon.

Although Raveneau has vowed to never succumb to love, can he stand by and watch Devon marry another man?

Through high adventure, swashbuckling sea battles, and the colorful history of America’s revolution, the couple struggles against the fiery passion that binds them together.

What I liked about Silver Storm:

What I disliked about Silver Storm: