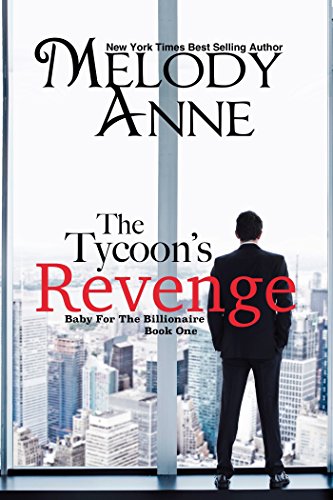 Where you can find The Tycoon’s Revenge: Amazon

Jasmine Freeman’s world is about to tumble down around her and the one responsible for it is none other than her first love, Derek Titan. She hasn’t seen him in ten years, and they are both going to learn the truth of what happened back then.

Jasmine grew up wealthy and oblivious to the destruction her father caused all around him. Derek was from the wrong side of the tracks. In ten years their lives will be reversed. He is now a multi-billionaire tycoon and she works hard, but barely gets by due to her father’s unethical business practices.

Derek comes seeking revenge and instead finds out he has a half-grown son and the woman he’s been angry with for so many years is not who he thought she was. They both fight against the passion they still feel for each other, but in the end, it is irresistible.

Come take the journey with Derek and Jasmine as they rediscover a passion that never died and the lies that kept them apart.

What I liked about The Tycoon’s Revenge: