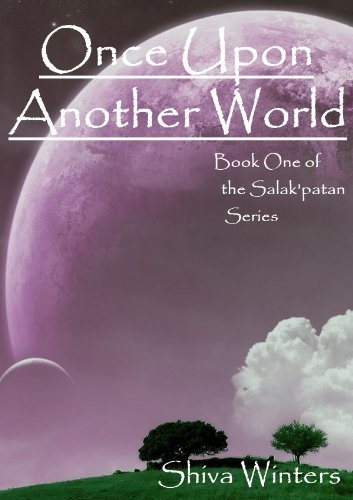 Where you can find Once Upon Another World: Amazon

‘Truth is stranger than fiction’, these words are an axiom on which a great many things may pivot. For Raven Sinclair, these words have long since become a credo, a principle philosophy by which he has lived much of his life. As a creator of fiction, it might seem to some that these words would fade when faced with the realities he creates in his novels. But the Truth of his own reality is, in fact, stranger than the fiction he creates. Gifted with more than five senses, an outcast by choice, and someone compelled by a driving force he does not understand, Raven’s truth is about to become a great deal more like the fiction he has created.A single decision leads to events he could never have predicted and shoves him into motion down a path that he has unknowingly been following even before he was born. And it leads him to the last thing he could have expected, the long-awaited love of his life. He finds her in the very last place he might have thought to look, as part of a government conspiracy to capture and control people just like him. All too soon he must confront a government that wants nothing more than to make him a toy soldier, a past he knew nothing about, a reality far bigger than he could ever imagine, and forces that will alter him and the way he looks at the world around him forever.And even though for a time his changed life becomes quiet once more the forces of destiny are still guiding him along a path that leads right into the darkness. An ancient evil has been stirred up from the forgotten worlds and cosmic dust to strike at the very heart of his world, and it is not in his destined path to run from it.

What I liked about Once Upon Another World:

What I disliked about Once Upon Another World: