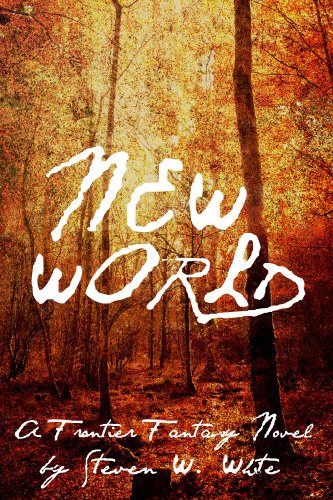 Where you can find New World: Amazon

Across the sea lies a newly discovered continent, a world whose forests and beasts are unknown to the recorded memory of elves, dwarves, or men.In this land called Mira, the brutal sacking of a young colony links the fates of two opposite characters: a twelve-year-old printer’s son named Simon Jones and his long-lost uncle Tiberius Bogg, one of Mira’s legendary mountain men.Simon is small but smart; scared but determined. Bogg, with his raccoon-skin cap and smart-talking grammar abuse, is fast as a splintercat and stealthy as a hidebehind. Together, they turn the tables and pursue their attackers (a cruel knight and his soldiers from the old country) through a wilderness full of extraordinary creatures – jackelopes and thunderbirds, fur-bearing trout and four-legged hills – all culled from American tall tales, Indian legends, and backwoods folklore.

What I liked about New World:

What I disliked about New World: a Frontier Fantasy Novel: