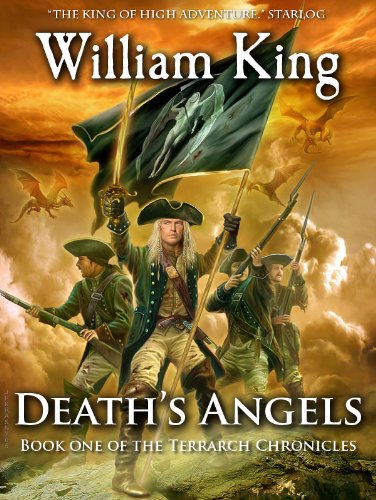 Where you can find Death’s Angels: Amazon

“In a world of magic and gunpowder, the half-breed Rik must rise from simple soldier to the deadliest assassin the world has ever known.In Death’s Angels, Rik and his fellow soldiers of the Seventh Infantry uncover a sinister conspiracy to waken an ancient slumbering evil. They encounter the lovely and terrible Lady Asea, immortal sorceress and ultimate manipulator of men and nations. Their deadly quest will eventually take them to the haunted city of the cannibalistic Spider God to face the hidden peril lurking there.”

What I liked about Death’s Angels:

What I dislike at Death’s Angels: