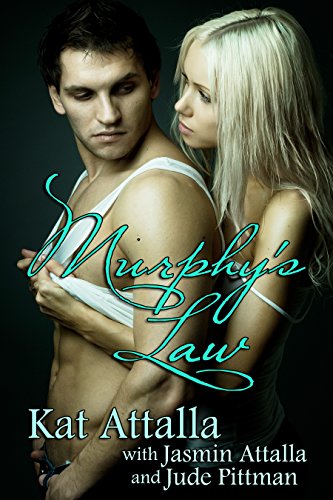 “Fear and intimidation work. Ask Customs Agent Jack Murphy. He uses both to hunt felons. But instinct and experience fail when he sets out to retrieve Lilly McGrath– a blonde bombshell who is either a willing participant or an innocent pawn in her boss’s smuggling scam. Until Jack knows which, she’s just another suspect. . Now he just needs to get his hormones in sync with his head.

While working as an export clerk Lilly, stumbled upon her boss’s illegal activities. After an attempt on her life, she flees to Europe to hide. Living on credit cards and her wits, she is constantly on the move—but no matter where she runs, she can’t lose the dangerously handsome stranger following her across the continent. In Genoa, Italy, her credit limit and luck finally run out.

Once Jack grabs Lilly, Murphy’s Law dogs them at every turn. Someone is determined to see that Lilly never makes it back to the States to testify. The distrustful couple must learn to rely on each other if they are to survive. And for Lilly, that means surrendering to a man who both infuriates and excites her.”

I started off not liking this book. It was Lilly’s character at the beginning that turned me off. She came across as a whiny brat. But then I read more of the book and gained sympathy for her.  I mean, who wouldn’t. She is chased around Europe by someone who she thinks her boss sent after her. Someone that shut off all her credit cards/bank cards and stalked her. I would be whiny too if that happened to me.

Jack’s character left a bad taste in my mouth. He was a bully. I do appreciate that the author did try to redeem him after the first couple of chapters. By making him tortured and mysterious and very regretful for how he is treating Lilly. But, my opinion of him did change when they came back to the States, and he went to bat for her.

The storyline was OK. It would have been great if the author actually had the main villain appear in the story and not ordering things blown up/people killed from afar. That little bit extra would have turned the story from good to great.

This will go on my “read again” shelf. It is an excellent read for the beach, a lazy Sunday or a rainy day.