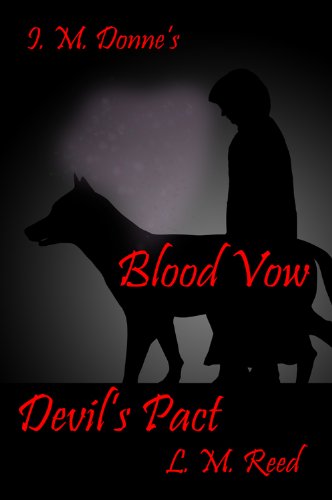 From deep in the Black Forest, for centuries, tales of every evil creature imaginable pass from generation to generation. Witches, ghosts, zombies, werewolves, vampires…a nightmarish parade of demonic manifestations…are said to plague the nearby villagers whose houses boast an incongruous collection of crosses, wolf’s bane, garlic wreaths, and rosemary.

In thirteenth century Europe, that very forest is where Archduke Wolfgang von Jaeger finds himself, in search of a cure for the family curse handed down from father to son for hundreds of years. Although he unearths the means to exorcise the malady, the Archduke pays a high price, transforming into the stuff of nightmares, the scourge of mankind, the one creature feared above all others.

You won’t want to miss this first installment in the Blood Vow Series. Keep your eyes peeled for the next exciting adventure…Devil’s Spawn.

I was on the fence about this book. On the one hand, I liked it. The whole plot line of Wolfgang, Priscilla, and Gar and how they came to be was great. It was a different spin on your typical vampire/werewolf/ghost stories. But, the story seemed to struggle in the middle, and the ending was a little weird.

This will go on my “maybe I will read again” shelf.