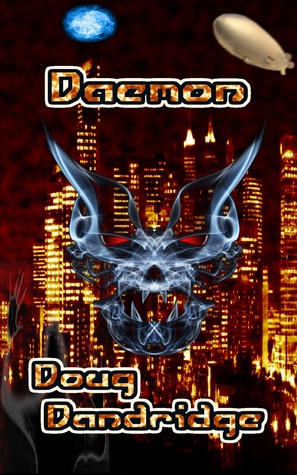 Where you can find Daemon: Amazon

“It is a world of magic where technology has stagnated for centuries. But the magic has been killing the world. Left is the last of the megacities, a million square miles of living land, and the last sixty million people. And the Shadows, the negative energy remains of the animals that used to roam the Earth. The Shadows prey on the living, and can only be kept at bay by light. But light requires magical energy, and that is in short supply. Daemon Corporation, the world’s richest company, controlled by the world’s most powerful mage, has found the solution. To rape other worlds of their life. Such a world has been found, and the innocents took to our world to be sacrificed for their life energy. Something else has come with the little men from the other dimension. A force which cannot be stopped, on a mission to kill the men and women who are responsible. Jude Parkinson is a forensics’ mage, one who communes with the dead, and sees through their eyes the last moments of their lives. He uses this power to solve murders, and only he can find out who is sending this Daemonic force to kill and kill again. But he finds out about the genocide being committed by Daemon Corp. Only the Church of God Ascendant, the last religion in an Atheistic world, stands with him. Will that is enough? Or will the world continue down a path of damnation?”

This review is going to be short and sweet…since I am tired. Excellent book with a great plot line. There were some loose ends. Like, what happened to the blue people at the end? That is the one question that I want answers too.

So, this will go on my read again shelf.

One thought on “Daemon by Doug Dandridge”