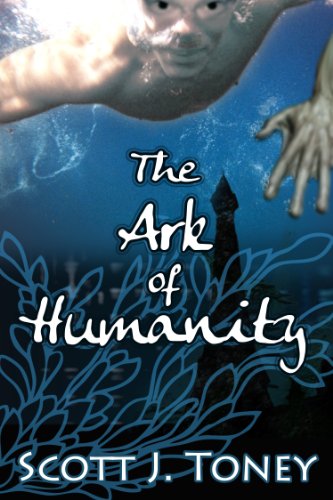 Where you can find it: Amazon

God flooded the earth to annihilate humanity’s sins. What if that sinful race didn’t die when floodwaters covered them but instead adapted to breathe water?

Under the depths of the ocean one boy has raised himself, until the day when he meets a dark-skinned man with news that will change the lives of his civilization forever.

Now he must save his people from another empire of water dwellers bent on enslaving the oceans and torturing his peaceful realm.

Yet another question is posed as he learns that his people are descended from humans that lived on the land above the ocean; a people that were destroyed by floods made by the rage of God.

If they have to, in order to escape, will they be able to breathe air and join whatever is left of the world above the waters?

What would they find there? Is the mythological Noah still alive?

The Ark of Humanity was a different kind of book, and even after reading it, I am still uncertain if I liked it. The story itself was good. The author took the story of The Great Flood and added to it.

He raised the question of if there were survivors of The Great Flood, other than Noah, what happened to them. And the answer was great: They turned into merpeople. There were two types of merpeople. One race that has arms/legs like people and is gentle/kind. The other race has the typical merperson tail and is warriors who are, for the most part, evil.

The question asked on Goodreads is answered early in the book. Then the book got very preachy until the last couple of chapters. It was the preachiness which got me and why I finished the book almost a week after I started it. It put me to sleep…lol.

To sum it up, as I said above, I am uncertain if I liked the book. I do think that the preachiness could have been toned down. The Ark of Humanity will go on my “read to go to sleep shelf.”

One thought on “The Ark of Humanity by Scott Toney”